But I can't wait to move.  Steve isn't coping well with the change. He's now insisting on eating more junk food. His mum was a lovely lady but an appalling cook. Steve was bought up on toast and shop bought food and as his anxiety gets worse so he refuses home cooked food. I don't like ready made food, I prefer home made. Also I think home made is healthier.

My mother could cook but had no interest in it. I ate school dinners, my parents ate at their works canteen. Once I  had a home of my own and children I learned to cook. I'm gradually improving my diet but Steve's is deteriorating. I'm not pushing water up hill though, if he wants to live on junk he can.

We have finally persuaded the heating system to work, though as the weather has warmed up a bit now we aren't using it. The landlord still doesn't want to fit curtains but then as it's their bill, I'm not too worried.

I'm still making plans for when we eventually move as I think the weather will be at it's worse by then.

You eat what you want and let Steve eat what he wants. I wouldn't worry about it. As long as you are both happy with your food, that's what counts. You are good at making the best of where you are at. Steve will always be unhappy so you need to focus on you and enjoy what you can... Best of luck to you!

I'm guessing that when you move to your new home, Steve will be upset all over again, so unless you plan a move to another boat, you have to stop worrying about him. As has been said, cook nice meals for yourself and let him continue with his choices regarding food.
Does he eat what he's given when you have a meal with family, or do they pander to his whims?
He's blaming you for leaving the boat, so he's liable to dislike whatever you do. It's such a shame - and a trial - to have to cope with the resulting effects of the stroke. (((((HUG)))))

I cook breakfast( eggs) 3 times a week, never lunch, and cook dinner, unless we go out. HE eats breakfast and an hour later has some slimy concoction and then nibbles until about an hour before dinner…no real lunchtime. The nibbling starts again about 8 pm.
It used to hurt my feelings that I would put time and effort into feeding us just to have him not be interested, especially in lunch.
The hell with it! I heat up leftovers for lunch and if he starves, he starves. I don’t think he pulls this stuff when he visits his mommy.

Haven't heard from you in a bit and I hope and pray you (and Steve and Beano) are well and hopefully getting ready for your move into your new apartment. I agree with everyone, let him eat what he wants, he is not a little boy but a grown man who seems to be a bit pig-headed (as we say here in the States). You just eat healthy and cook your roast and let him eat, and/or, pick on leftovers or junk food. I miss hearing from you and send my best. 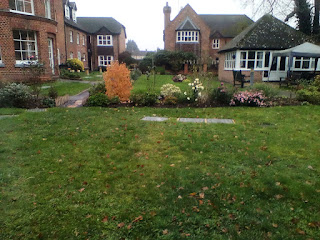