I sat quietly in the staff room catching up with some marking.
I’d done one school patrol and unless I was called
on the radio, I didn’t need to do another one until
the next lesson commenced.
The school had failed its last OFSTED inspection in
dramatic fashion and I was one of the few
survivors from the previous staff who had passed
muster with the ‘New Broom team’ brought in to
turn things around.
All the solid wood doors in the school had been
changed to semi glazed,  these were named Vision
Panels, woe betide anyone who referred to them
as a window!
The idea was so whoever was on patrol could see
how the class was behaving without entering the
room.  If there was any trouble brewing the person
on patrol could step in and help.

Another change was that all the students were
now addressed by their title and surname.
Suddenly my radio burbled into life ‘Would the
patrol officer please go to Room 1 in the Churchill
block’ I picked up my radio and responded ‘On my
way’.
Typical! Churchill block was at the farthest end of
the site.  I set off, wondering as I went which
particular miscreant I would be collecting today.
Pupils who were disrupting lessons were removed
to what we staff referred to as the ‘Sin Bin’ though
its official name was the Quiet Room.

The Quiet room was presided over by Mrs Grove, a
teacher with many years’ experience who had a
real soft spot for some of the more troubled and
troublesome students.

As I approached the Churchill room I could hear
someone singing the current number 1 single in
amongst the general noise, oh well, at least I knew
who I was dealing with. I entered the class room,
smiled kindly at Mr Smith, he was an NQT and
showed great promise as a teacher, but this
particular child would try the patience of a saint.

Both her parents had attended this school, her
father Martin had been a bit of a handful and could
always be guaranteed to get caught out in
whatever mischief he was up to.
Her mother, Julie,was what we called NBD (nice
but daft). There was not an ounce of malice or
common sense between them.

‘Miss Yarde’ I bellowed, to make myself heard
above the ruckus, most of the class quietened
down, apart from the main culprit, who had a boy
twice her size in a headlock and the boy in the
headlock who was screaming like a banshee.

‘Miss Yarde’ I repeated, this time I was closer and
she heard me. She grinned, ‘Hello Miss’

‘But Miss, he was rude to me, I told him I was
going to audition for the X Factor and he I sounded
like a strangled cat’

I have to admit that I had some sympathy with Mr
Walker, like many hopeful pop stars, Miss Yarde
did seem to feel that volume was more important
than talent.
‘I’m sure he’s very sorry now’, ‘aren’t you Mr
Walker’ he let out a strangled cry that could have
passed as an apology and Miss Yarde released
him.
I couldn’t help thinking, as I escorted Miss Yarde to the Sin Bin, that her parents had been wildly optimistic when they had named her Angel!
at January 18, 2018

This is brilliant - I just hope it's not true, ha ha!
Margaret P

Margaret, the names have been changed to protect the guilty and innocent!

I worked in a secondary school for a short period. You could write a book about the antics both teacher and pupil that go on!!

I so remember this from my time as a support worker for Behaviourally challenged ...children.

We had a truly obnoxious, rude, and horrible boy known to all staff as 'OLS', he shall forever be remembered as the 'Odious Little Scrote'!

love both your stories. They made me chuckle. 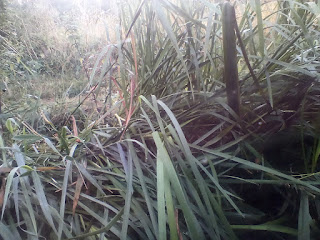