Steve isn't a fan of leftovers but I refuse to waste food, after all I've paid for it.

We had roast beef yesterday, it was a bit tough but not too bad. I served it with roast potatoes, cabbage, peas, cauliflower and broccoli in a cheese sauce and gravy. The cabbage was fresh, the other veg were frozen as Steve's not keen on veg but I am.

This morning I sliced enough of the beef to put in a baguette for Steve's lunch for today and tomorrow. The rest I cut into chunks.

I softened some chopped onion in a little butter along with a couple of sliced mushroom and the last piece of a red pepper. I added yesterday's leftovers, a handful of peas, one piece of cauli, two roast potatoes, the last of the gravy and a dollop of cheese sauce. I added some water from the kettle, brought the whole lot to the boil in the hob and then transferred the pan to the top of the multifuel stove. It will sit there bubbling away until later. The leftovers will disintegrate so they will add flavour but not be seen. We can have a big bowl of beef stew with mashed potato and the leftovers are nowhere to be seen!

That sounds really good to me. I never throw away leftovers either, it's fun to think of creative ways to use food. I wonder if this is because of growing up in Post War Britain?

I love leftovers, too - although I'm a child of the 70s and my mum (born in 1950) is a throw it away kind of person! :( (possibly because she grew up with little money in post war Britain as the eldest of 6 children ina very working class family and a sugar sandwich was often tea after school so now she has money and can do with it what she likes.....)

Lunch here today was leftover roast chicken and leftover stuffing sandwich for hubby, the same for daughter but with a roast potato and mayo added (!) I had bubble and squeak with all the tiny chicken scraps pulled off the carcass after making stock added into the mix :)

I love left overs , last week I served left overs from three different curry,s it was lovely . One of my favourites is good old bubble and squeak

I always try to use leftovers where I can...however my b-i-l is so wasteful, neither he nor his brother who he lives with "do leftovers" (except raost beef for cottage pie)!

We went for Sunday roast just before lockdown 2.0...he was going to throw half a chicken away after dinner! I was horrified and gave him a b#ll#cking, wrapped the chicken up and brought it home, got another cooked meal and sandwich fillings for pack-ups out of it then chucked the carcass in the freezer for making soup!

I don't even understand the concept of "leftovers". What an odd thing if you really think about it. Does food cease being food at the end of a meal?

It is leftovers for us tonight! Might be the same the next day, also. Two of my kids are creative cooks and use up leftovers, the other doesn’t cook but her househusband does and he hates leftovers..will not eat them! What? The prices of groceries keeps going up and up how can anybody throw food away? 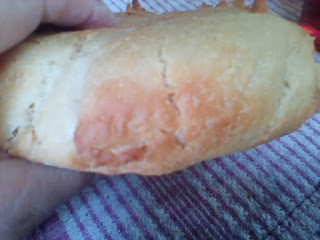