All Day Rover is a wonderful name for a doggy bus ticket.

We've had snow, not much but enough to confuse Beano who preferred to snuggle under his blanket. 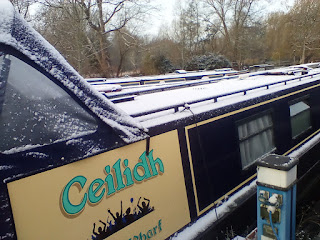 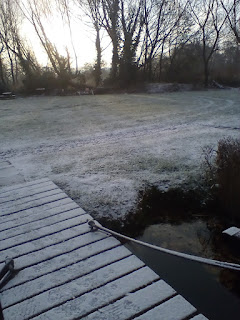 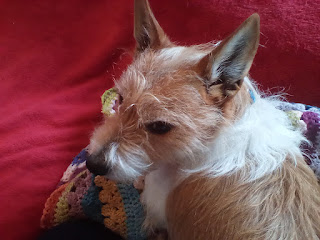 I've convinced Steve to do our online shop on his laptop rather than on his tablet so hopefully we will get fewer random items appearing in the delivery.

On Monday Steve's friend Bob visited yet again and this time he solved our tv/Wi-Fi problems. Every time Bob told Steve what to buy, Steve would ignore his advice and either buy crap that was recommended on YouTube. Or go to a phone shop where some salesman would feed Steve a line of bullshit and encourage Steve to buy something twice the price that didn't work. This time Bob bought the correct items and got everything working!I

Not only do we have a working tv we have a shit hot Wi-Fi too.

Steve explained to Bob many times that this was all for my benefit as he's not interested in anything on tv.

Hooray for a working TV and Wifi.
I'm watching the snooker too - lots of top players have gone out already

Diary of a Nobody said...

My friend's husband will not buy a TV , he says it's a waste of money instead he commandeered her laptop . When he brother visited he took her laptop back to the UK to get some problems on it fixed . I asked what her hubby was going to do now with out the laptop she said he was watching TV on a 7 inch kindle . I don't know how she stands it .

In a way you have benefited as when he's watching the snooker he's not under your feet ;) LOL

Glad that Bob realised that the only way it was going to get sorted was by him taking charge and getting the bits needed - hero I say!

Bob sounds like just the sort of friend we all need 😁. It must be such a relief to you.

Hooray for Bob, I’m a Snooker widow too, but it’s not on all the time like football, so maybe I should be grateful lol 😆 love to you both and Beano x

The tap is not really clean there is still a lot of scale on it. I can't get a toothbrush or bottle brush in the gap. Unfortunately the ...